First, the recorder. Those who suffered it primary school may consider preposterous the idea of serious recorder music. Not so. It was a key baroque solo instrument, the great composers wrote major pieces for it (e.g. Brandenburg Concerto no 4 by Bach).

My group is a 5 piece, with harpsichord, cello, violin, baroque flute/soprano and me. I often play oboe or violin parts in the ensemble pieces, e.g. Handel opera excerpts. The other group members are conservatorium graduates. I’m not.

So. Insights from baroque recorder performance for harmonica players.

First, group dynamics. I’ve generally been the weakest player in the band. However I never say this. If you are similarly fortunate, and are surrounded by better players, then keep it to yourself, like I do. Your band mates probably know less about your performance than you, keep this secret going. I compensate skill deficit with extra work in the band, including buying half the harpsichord some years back. Useful band members are hard to sack.

Then, the music. Recorder pitch varies with breath pressure, more makes it sharp, less makes it flat. We tune the harpsichord to a pitch in the middle of my range (about 412 Hz). So recorder dynamics are limited, too loud is out of tune, likewise too soft. Given this more or less constant volume, other tricks are used to create dynamics. Articulation and emphasis are key tools.

For example, a series of short staccato notes can seem loud without being so. The same notes, stretched a little, appear softer. Emphasizing the first note in a phrase brings it to life, removing the emphasis for subsequent phrases creates variation and interest.

These techniques work for harmonica. Try them. Play “Mary had a little lamb” in first position, at a steady pace. Make all notes the same length. Now play it again, at the same speed, with each note half the length. Play it a third time, with long notes for the first half, short notes the second. Finally, emphasize slightly the first and third notes in each bar.

Easy? If not, then keep at it. These techniques are worth having. Thoughtful articulation and emphasis bring the simplest tunes to life.

I often lead our concert pieces. Setting the right tempo is critical. Too slow drags the music, too fast risks a train wreck. Baroque concerts preclude count ins, instead my first breath signals the speed. Near disasters in our early concerts quickly honed my band leading skills, particularly with tempos. The technique, developed through trial and errors, applies equally to harmonica players. It works like this:

Before starting a song, play it briefly in your head at the exact speed you would like it. Count to yourself while this internal music plays. Then count the band in at the same speed. With practice this skill is soon gained. Even inexperienced harmonica players may find themselves leading bands, at blues jams for example. A confident count in, practiced beforehand, is a great start.

My baroque skills came partly through musical osmosis, but also from two years instruction by Hans Dieter Michatz, a great German master living in Australia. Hans was stern, forbidding and good humoured all at once. Lessons were an hour, at times spent on a dozen bars only. Hans showed me how attention to detail underpins great music. I still hear his words when I play. 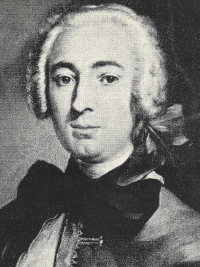 His lessons were no doubt based on teachings from his masters. Likewise they learnt from an earlier generation, with an unbroken line stretching back to the 18th century, when detailed teaching methods by Quantz (pictured) and others were first available. So, in essence, my lessons were the culmination of 300 years of music instruction. No wonder Hans was so good.

Harmonica players are not so fortunate. At least, not yet. However, great masters like Howard Levy and Dave Barrett now have detailed teaching methods online, others likewise. Given another hundred years or so, we too should have teaching evolved through generations of great masters.

While baroque recorder and contemporary harmonica seem far removed, they are not entirely so. Techniques from an earlier age and instrument can apply to the harmonica as well, to create new performance ideas.